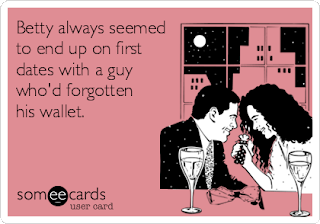 Dating is risky business.
My friend, V, is a big risk taker.

For the past year or so, V has been seriously, zealously, aggressively looking for love… And she has become an active and consistent presence on the dating scene.

Like most women, V started out with a very specific list of the necessary criteria- the usual things- very tall, extremely fit, looks exactly like Tyson Beckford, great sense of humor, plays three different sports, went to college (on a football scholarship), has at least two post graduate degrees (on full academic scholarships), cooks well (from edikanikon with periwinkles to chocolate croquembouche), gives good massages (and willing to do so every night)- plus big house, big car... and of course, big money.

As time went on and V got slapped around by reality, the list changed (as it always does) to- “taller than me”, okay body, okay face, educated (“standard six” will suffice)… but of course, big money.

Recently, it had gotten pretty rough and tough out there and the list had been further narrowed to- not too short, not too fat. But anyhow sha- still big money... There were just some things that V could not compromise on. 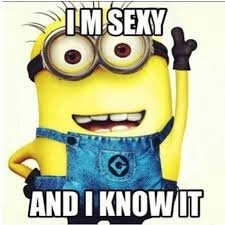 If anyone ever gets a hold of my phone, I’m off to jail. Good bye. It’s been nice knowing you. You’ve all been so great. My phone is chock full of evidence against me. Exhibit after exhibit of conversations and images and videos to assassinate my character and destroy everything I have ever accomplished in life. And I know I’m not the only one.
A phone is such a personal thing. It witnesses all your conversations- the version you told your man about last night’s party versus the version you told your best girlfriend. It knows your bank account number and more importantly, your bank account balance. It houses the other 37 pictures you had to take before you were finally about to catch yourself at the right angle in the right light. It has the non-photoshopped “before pics” of your side rolls that you took the last 12 times you started a new diet. It’s seen the sexy messages along with the NSFW pictures of your naughty bits AND it knows who you sent them to (if you are a freak). It also knows that you copied and pasted the same pictures and messages and sent them to a second person (if you are a super freak). It knows your search history- “why do I have a grey hair down there”, “when to use their versus they’re versus there versus the” “Obama nudes” “high quality fake Birkin” “butt pads for cheap.” It knows everything.
A phone is the blueprint to your soul. The key to who you really are- the unadulterated uncensored unretouched version of you. If your mum is like most mums, she probably taught you to always have on clean underwear- just in case you got in a car accident. The fact that that’s also good sanitary practice was merely an added bonus- because everybody knows that when they cut you out of your clothes in the emergency room, it’s the condition of your underwear that determines whether they proceed with your life saving surgery or just abandon you on the operating table to die in your faded, frayed, rat-eaten fruit of the loom bloomers.
If your mum is like most mums, she probably did not teach you what kind of underwear to wear when you go to a new boyfriend’s house. But that really wouldn’t have mattered because she would already have taught you the most important lesson of all- that the condition of a person’s underwear says a lot about them. And as a result, you would be able to figure out what to wear to a new boyfriend’s house all by yourself.

My good friend, T, had it all figured out. Or so she thought... 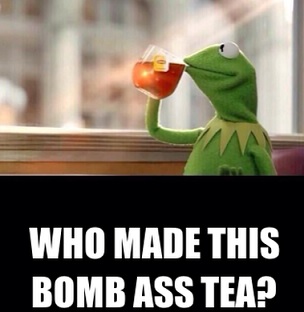 Jane froze as soon as she walked in the door. It was her mother’s face. Especially the eyes- They were wild with panic and distress.


Somebody was definitely dead.


“My daughter…” Jane’s mother’s voice broke. She paused then took a deep breath and tried again, “My daughter…”


Jane could feel her heart rate accelerating, her stomach knotting, her knees weakening, “WHAT IS IT, MUM?!!”


It felt as if someone had reached in and snatched Jane’s heart out of her chest. Her knees gave way beneath her and she fell back into the wall, “Whaaaat?”


“Yes.” Her mother nodded in satisfaction at Jane’s evident dismay. She took a long pause to relish the moment before explaining further, “Yes o, my daughter, he has been on the toilet for three days now.”


Umm, ok! Alrighty then. So nobody was in fact dead.

In The Name of Education (#TBT) 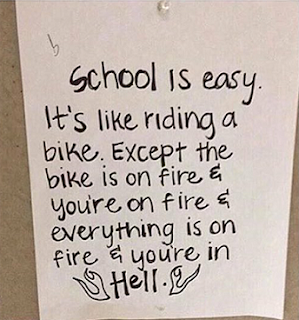 “You may begin.”
Three little words that can crush your soul.

My friend, R had just begun writing her Psychology 101 exam. It was supposed to be an easy course. No one in the history of the University (or the Universe) had ever failed Psych 101. In fact, it had been said that no one in North America had ever gotten anything lower than a B in Psych 101. But change was coming to America… R was sweating buckets full.

You have all been in that type of exam before. The one where you walk in, say your prayers, flip open the exam booklet and read the questions, then the first thing you do is confirm the date- Not April 1st… Hia! The next thing you do is verify the course code, course name, exam time and exam location… Just to make sure you are in the right place at the right time for the right thing. You just can not believe what is happening. You take your contacts out, rinse them, put them back in and re-read the questions. You have never seen or heard of most of the words in your life. You start praying in Yoruba even though you can’t speak it… Please don’t act like you can’t relate. I have been there, you have been there and my friend, R was there on this particular day. MrVLP never stood a chance. From the moment he first encountered InstaBaddie711, he was defenseless. She came in with guns blazing, firing on all cylinders- an absolute vision. She came in like a wrecking ball. He succumbed to her charms almost instantly.


This first encounter occurred, of course, on Instagram. Because as you know, that’s where everything goes down. Given her selfies-posted-per day-stats, it was evident that she was vain. But given her bust-waist-hip stats, it was evident that her vanity was warranted. If vanity could be justified, InstaBaddie711 justified it. She had full lips, dimples, almond shaped eyes, long lashes, flawless skin and an amazing figure. She also had a MAC contour kit, Ben Nye banana powder, a waist trainer, a Samsung S6 edge camera with the beauty face mode and Valencia, LoFi and Nashville. So no, MrVLP never stood a chance.


Just one moment after the moment when MrVLP first encountered InstaBaddie711, he slid into her DMs. 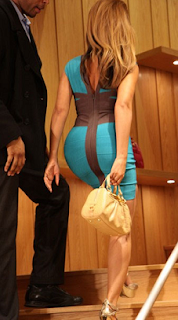 It was right around 7 a.m. I was half asleep but could hear the faint chugging of the PeopleMover outside my bedroom window. Closer, I could hear bells. It took me 5 seconds to realize that my phone was ringing. I picked it up. It was my good friend, X.

She had returned to Detroit after a trip to Vegas with her boyfriend. She started to tell me about it.

“There’s a good part and a bad part.”

“It’s blue. Really short. It’s a tube dress. The sides are all open. And it has like, black elastic strips, connecting the front and the back…”

So far it sounded all good, “So what’s the bad part?”